I did it again, I took a bet with a colleague.

And what should I tell you… i lost again.
I should quit betting. So the same colleague like the last time. Therefore, I would not do again Hamburger Cupcakes. So I decided for a cake. Yes i know this site is usally for cupcakes, but I will show you what i did.

I started with mixing the ingredients for the dough. I stirred it to a smooth dough and filled it into a cake pan. 30 minutes at 180°C in the oven. 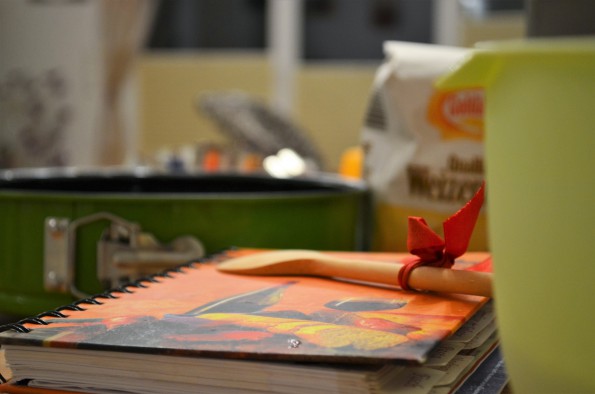 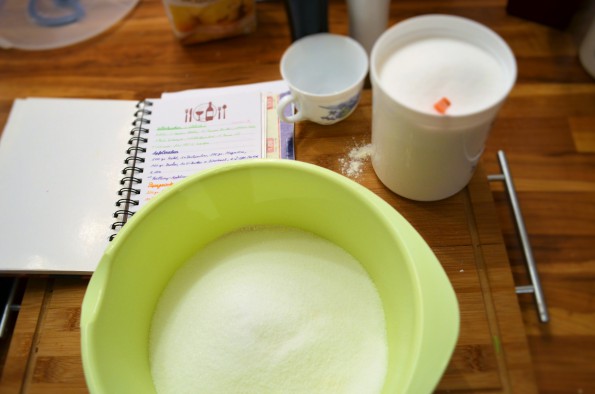 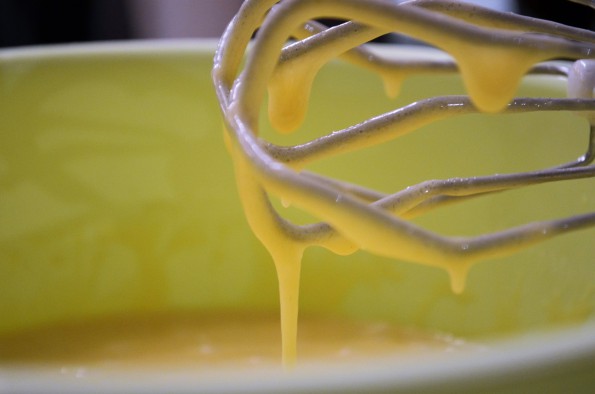 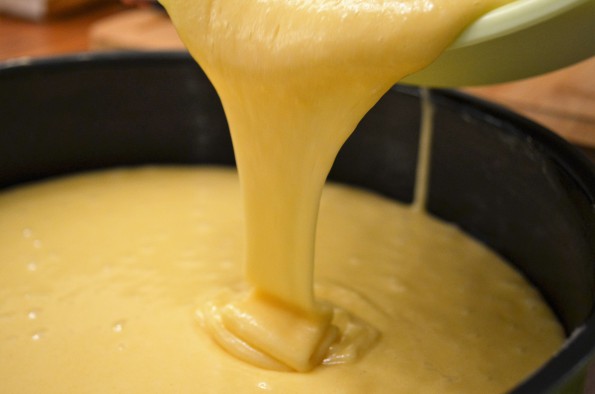 Meanwhile i mixed some Panna Cotta, Curd with sliced peaches. I did not took additional sugar, because in the dough, and later on the topping, is enough sugar. Therfore, it is a good contrast to have not so sweet cream inside the cake. 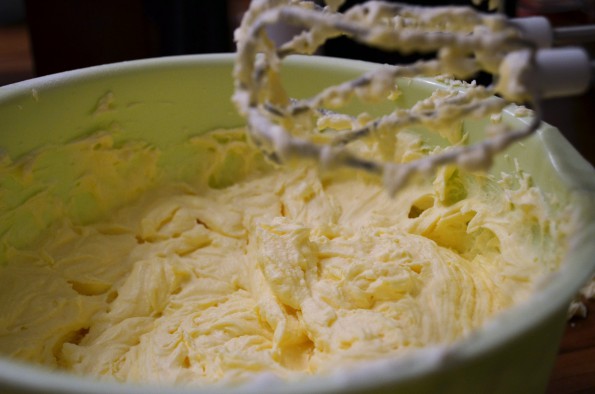 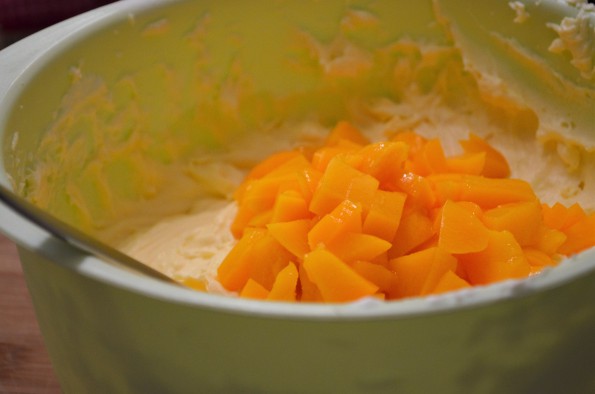 After the dough awhile was cooled down, I cut them into half. I put the bottom layer back into the cake pan, and filled the pan with the cream. At the end I placed the top layer back on the pan. 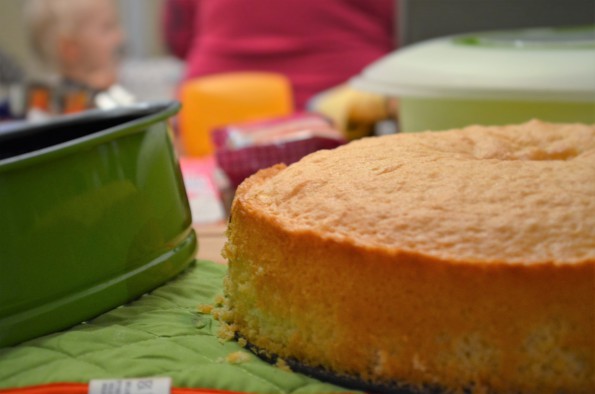 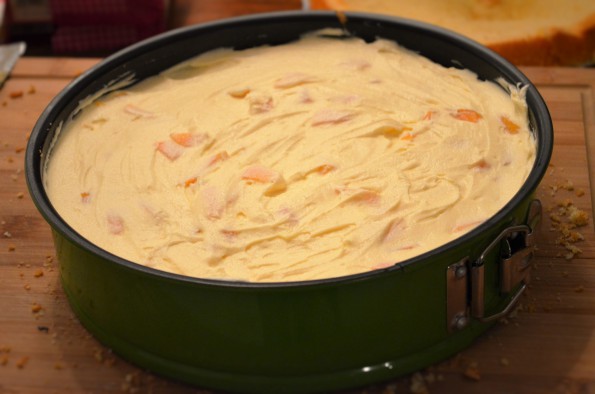 I covered the cake with a thin layer green sugar paste. On that I put some green colored coconut flakes. The same way i did it at the Hamburger Cupcakes.
Now, i created with marzipan and colored sugar paste a dinosaur, because this is the mascot of the favorit soccer team of my colleague. I placed the “mascot” on the top of the cake, so that it looks like that he lies shattered on the soccer field. 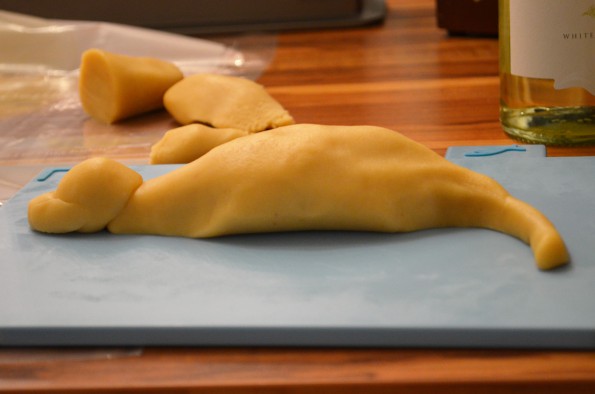 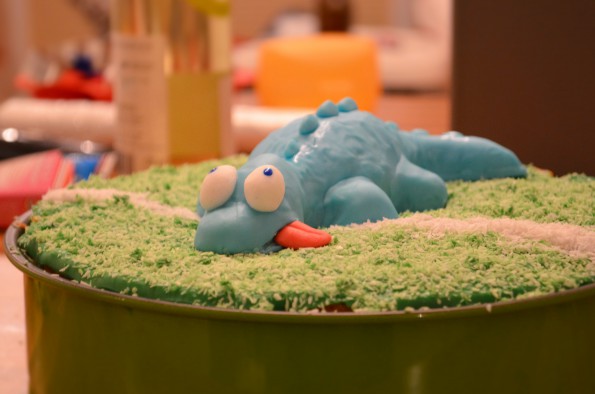 0 comments on “Lost Bet Again”Add yours →